Home from the Dark Side of Utopia combines personal memoir with socio-political analysis in the story of a search for utopia. Clifton Ross’s journey begins on Air Force bases and in small, conservative towns in the American South. We follow his political and spiritual development from an Anabaptist peace community in the 1970s, through various forms of radical and countercultural politics, to the present-day failures of “revolutions” throughout Latin America, with a particular focus on the Bolivarian process in Venezuela. The book charts a path through good intentions, projects gone awry, and the shadow side of utopian dreams—ultimately locating hope in the social movements of ordinary people who resist the imposition of states and other actors that claim to represent them. 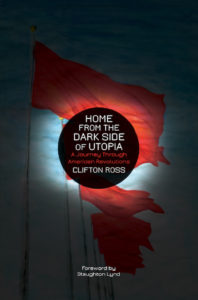 Depending on how you count them, I’ve published a dozen or so books of poetry, interviews, literary and political translation, political polemic and memoir. You can find them all here, with links to order those still in print or to get a free download of those now out of print.