The Map Or The Territory

Home Books The Map Or The Territory

The Map or the Territory: Notes on Imperialism, Solidarity and Latin America in the New Millennium

The Pink Tide rose in Latin America at the beginning of this millennium and by the end of the first decade began to reveal contradictions that have yet to be fully assessed — or, in some cases, even acknowledged.

Clifton Ross, the co-editor of Until the Rulers Obey: Voices from Latin American Social Movements (2014, PM Press), offers his perspective on the problems confronting the US anti-imperialist and solidarity movement in North America. Focusing particularly on Venezuela, he discusses hard problems and big questions about the viability of that project and considers a possible approach for US activists to take that avoids enabling dysfunctional policies, while at the same time maintaining a firm stance against US government and other interference.

The Map or the Territory challenges the anti-imperialist and solidarity left to reconsider and update ideas developed over the course of the twentieth century in the light of globalization and the rise of “progressive” governments that, like their right-wing counterparts in other countries of Latin America, are basing their economies on the extraction resources from the land. The extractivist industries are increasingly bringing the progressive governments into conflict with social movements. In addition, some of the more “radical” governments of the Pink Tide are rooted in populism, and their authoritarian methods of governing have also generated conflicts with social movements and civil society.

Taking Venezuela as the prime example of the issues of an economy based on an extractivist model and a populist political process, Ross considers the implications for North Americans interested in doing work with Latin America. 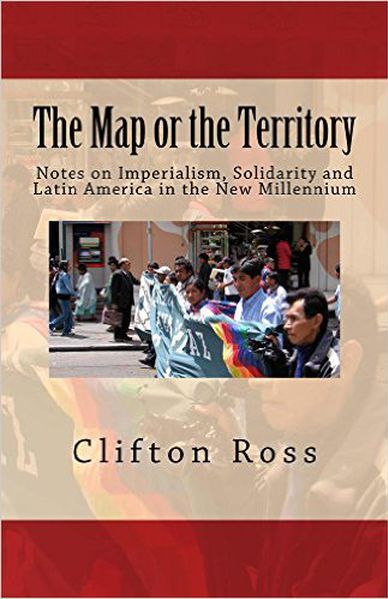