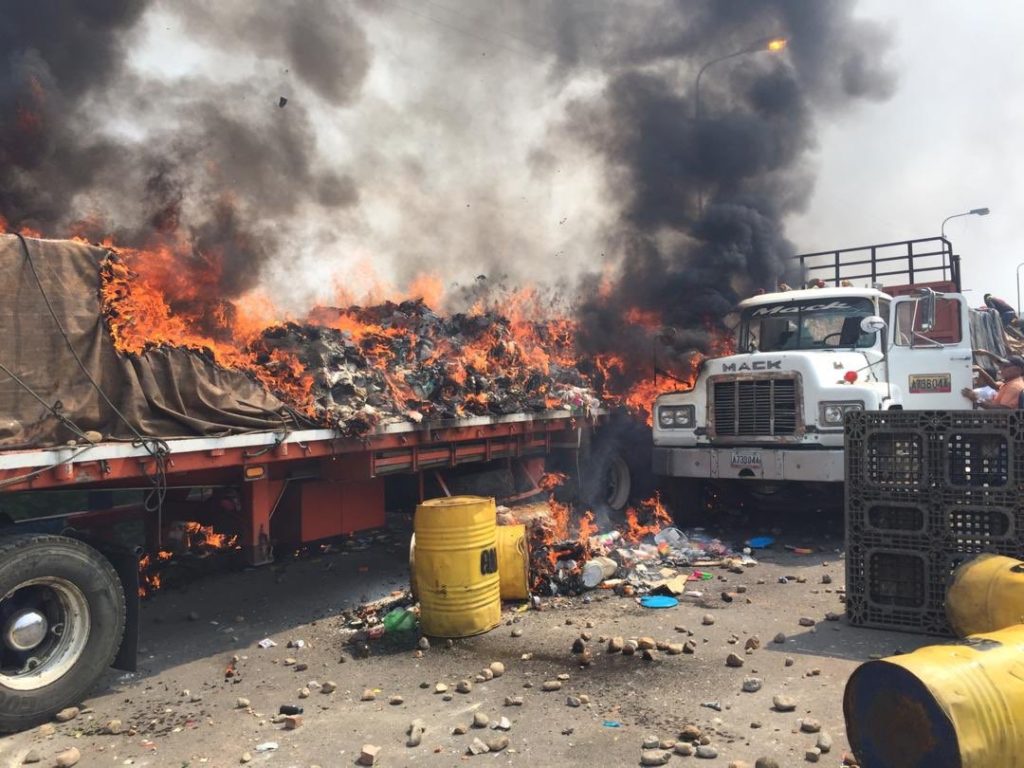 The Auto-siege and the Politics of Hunger in Venezuela

I wrote about the blackouts in Venezuela three years ago in a post I put up at Dissident Voice. It gives some background on the possible reasons for the nation-wide blackout over the past couple of days (March 7-8).

One of the oldest tactics used to destroy a heavily defended enemy citadel has always been the siege. No matter how powerful the enemy, hunger would eventually destroy him, and he would surrender. The siege continues to be used in times of war, but also in times of peace, in some form, against people deemed enemies by using food as a weapon.

The “weaponization of food” is rare for a leader to use against his own people, but in the twentieth century it became an essential component in controlling the population under Lenin and forcing them into submission to the “vanguard.” I’ve written about this before, but the story needs to be updated now that Maduro has taken this policy to a new level with the auto-siege of his country.

As a tactic, it’s the last resort of a failing tyrant. Having starved the population for years and forced a sizeable number, through hunger and terror, into submission, where the only option available for survival is to demonstrate loyalty to the government and sign up for handouts, it must be devastating for Maduro to see his last weapon against his people challenged by the international community. The only option left for him is to lay siege to his own country, close the borders and wait until the generals who have protected him so well these past six years allow the people to storm Miraflores and tear him to pieces. Perhaps this is what’s running through his mind as he squirms more uncomfortably than ever announcing the closing of the border with Brazil.

This starvation has worked so well in so many ways that Maduro has no other option but to continue using it.

This starvation has worked so well in so many ways that Maduro has no other option but to continue using it. As Abraham Maslow puts it, “if all you have is a hammer, everything looks like a nail,” although Maduro also appears to be happy using welding torches and the rifles of the National Guard (and, of course, the paramilitaries known affectionately as “colectivos”) to lay siege to himself and his country.

After all, a policy of controlled starvation is a central part of his objective of maintaining control over Venezuela. Consider what marvels Maduro has achieved with this policy.

First, he’s been able to enrich himself and his cronies through the usual channels of corruption with the food imports by the state, something even chavistas acknowledge. Second, Maduro’s been able to destroy the markets, the major objective of Marxist-Leninists like him, which in the case of Venezuela means to eliminate the “bourgeoisie,” that ever-critical class of people for whom any dependency other than the productive work they engage in on behalf of themselves, their families and their community, is abhorrent.

Another result of the hunger policy that works in Maduro’s favor is that it not only breaks the will of the people, it also makes them love Big Brother. No need for all the terrible tortures poor Winston suffers in 1984⎯that is so passé. Thirty-five years after that fictional time frame, tyrants like Maduro have come to realize that if you starve the people enough and then you feed them, they become grateful subjects, receiving your gifts with tears of gratitude, praising your generosity, utterly forgetting that you’re the cause of their starvation in the first place.

Certainly astute readers of Caracas Chronicles will come up with other ways the dictatorship benefits from the tactic of forced starvation, but in any case, it’s a short term “fix” to a despicable policy. Blocking the caravan of international aid (and worse, burning it,) may serve Maduro briefly as he knows too well that hungry people don’t have time to consider revolution on empty stomachs. But give those hungry men or women the slightest bit of hope, say, the hope that a caravan of food from outside the country might bring, and that’s a sure recipe, cooked up in the kitchen of socialist hunger, for the end of the tyrant.