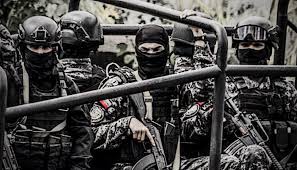 The Bachelet Report and the Real Enemies of Venezuela

You can read the “Clifnotes” version of the Human Rights Report on the Bolivarian Republic of Venezuela here. I’ve highlighted it and added colored type so you can skim through the document and still be home for dinner tonight.

Those who lived through the terrible years of the 1980s when death squads terrorized Central America, or the 1970s when the CIA worked with military dictatorships to murder thousands under such programs as Operation Condor and others in South America, can’t help but hear echoes of the same processes in the new UN Report of the Office of the High Commissioner for Human Rights (OHCHR) on the Bolivarian Republic of Venezuela. Back then it was right-wing regimes we opposed in the name of the people they repressed. With the exception of Honduras, those governments have all reformed and their death squads dissolved. Now, however, it becomes clear from the report, we have to turn our opposition to the Venezuelan government in the name of the Venezuelan people.

No one knows the bitter reality of those decades of the last century in Latin America than the High Commissioner of the UN Office of Human Rights, Michelle Bachelet. She was one of the victims of that time who was herself tortured, along with her mother and father, for supporting the socialist President Salvador Allende in Chile. After being released from prison Bachelet left her native Chile for the German Democratic Republic where she lived in exile. She returned to Chile after Pinochet was removed in a referendum and entered politics, eventually winning the presidency of the republic twice as the Socialist Party candidate. Ironically, despite her credentials as a Leftist, she’s now under attack for her report from the Bolivarian government of Venezuela and its supporters who accuse her of “having been converted into another instrument of imperialism.”

The author of this charge is none other than Diosdado Cabello, “Number Two” in Venezuela for his role as vice president of the United Socialist Party of Venezuela (PSUV), just under President Nicolas Maduro. Cabello spends much of his time on his broadcast television show, “Con el Mazo Dando” (“Swinging the Mace”) where he mercilessly, and crudely, attacks the opposition on the government’s dime and airtime. But he doesn’t make his living from his charms as an entertainer, nor as a party hack. Like most in the Chavista hierarchy, Diosdado lives from corruption of various kinds—not to mention his drug trafficking activities. How else could it be explained that he’s still smiling after the US confiscated $800 million of his wealth and property—an amount that was, in any case, likely just pocket change for Capo Cabello.

Cabello also claimed that Bachelet’s UN report was “conceived, written and edited by North American imperialism and she merely signed it.” He went on to add that she had also passed it by Eliot Abrams as part of a plot by the Venezuelan opposition. This was the essence of his July 8 tweet.

Clearly, the Chavistas desperately want to kill the messenger before anyone reads the message. That, and the fact that Bachelet—and not Eliot Abrams—oversaw the composition of the document, makes it required reading for anyone wanting to know anything about Venezuela. And yes, Eliot Abrams also plays a part in our version of the following tale, but that will come later on.

The most chilling part of the UN document for one who lived through the Central American civil wars as a solidarity activist, was Section C, “Excessive use of force and killings in the context of security operations.” Here the report goes into the work of the Venezuelan government’s “Special Action Forces (FAES), noting that

“Since early 2018, security operations by FAES, created to combat drug trafficking and criminal organizations, replaced the security operations known as ‘Operations for the Liberation of the People’ implemented from 2015 to 2017.  Interviewees consistently referred to FAES as a ‘death squad’ or ‘extermination group’.”

The reader who didn’t live through the 1980s, or didn’t notice wars in Central America, could easily be merely shocked by passage (#47) and miss the significance of what the writers and their interviewees are attempting to convey. Allow me to emphasis, with italics, that these raids that  have been “responsible for hundreds of killings” were “conducted in poor neighbourhoods (sic),” indicating that the Bolivarian government is presently engaged in a brutal war against its own base.

This is clarified a little later when the report states that “OHCHR is concerned the authorities may be using FAES and other security forces as an instrument to instil (sic) fear in the population and to maintain social control.” (#51). The report gives as an example “the cases of six young men executed by FAES in reprisal of their role in anti-government protests in 2019. These extrajudicial executions took place during illegal house-raids after demonstrations had ended and followed the same modus operandi described above.”

What is occurring right now in Venezuela, in other words, is a repeat of the repression that swept through Central America as right-wing governments pursued left-wing insurgents, and organized death and extermination squads to destroy them. Those governments, and their death squad leaders (including Roberto D’Aubisson, mastermind of the murder of Archbishop Oscar Romero) were in those days defended by one Eliot Abrams, today Trump’s choice for the man to bring an end to the Bolivarian regime in Venezuela.

What difference a few decades makes in politics, but also, “plus ça change, plus c’est la même chose,” no? The roles reverse, and actors change sides and everyone in the play is spattered with blood in the end.

There are a few differences, however. First, it should be recalled that Reagan, and Abrams and his crew were fighting the Cold War against communist rebels (FMLN in El Salvador, FSLN in Nicaragua, the URNG in Guatemala, trained and supplied with arms and materiel by the Soviet Union through its proxy state, Cuba). It was a dirty, nasty war, and the US committed atrocities and crimes to stop communism, killing many innocents along the way. But it should be remembered that the USSR had a huge pile of skulls over in its hemisphere as evidence of its willingness to fight an equally dirty war against its dissidents. And as a result of those wars, what might have been communist dictatorships today along the lines of Cuba, are merely terribly flawed democracies. I’ll let the reader decide if that difference was worth all the bloodshed, but the fact is that Fidel Castro and the “vanguards” fighting guerrilla war also have to answer, along with Eliot Abrams, for the hecatomb that seized Central America in those years.[i]

This brings us to a second point: the death squad activity in El Salvador in the 1980s took place in the context of the Central American wars, and they were wars, even if undeclared, and both sides were heavily armed and equipped. It’s unfortunate, and even criminal, that hearings were never held, nor were any of the actors supported by the US, like Abrams, the death squads or the contras, held accountable for their acts in those years, but neither were any of the rebels of the FMLN and FSLN, even if their victims were arguably far fewer.

Finally, the governments in 1980s Central America that organized death squads in El Salvador and Guatemala, and to some degree Honduras, were all right-wing. In those days some of us mistakenly thought death squads only could exist under right wing governments, or those military dictatorships that banded together to carry out Operation Condor in South America in the previous decade. Boy, were we wrong.

None of this is true of Venezuela today. We are no longer in a Cold War; the Bolivarian government isn’t fighting a civil war against rebels trained and armed by a foreign power, and the Bolivarian death squads are working openly on behalf of a left-wing government.

But there’s another difference, even more ominous. For this we’re going to do consider Keymer Ávila’s great work on the extrajudicial and summary executions carried out by the FAES “death squads” in the context of the extraordinarily high murder rates in Venezuela. The UN report states what the Venezuelan government itself acknowledges that “In 2018, the Government registered 5,287 such killings [by government security forces], while the NGO “Observatorio Venezolano de la Violencia” (OVV) reported at least 7,523 killings.” The Venezuelan government also recognizes that some 10,598 other homicides by non-state actors (viz, common criminals) occurred in the course of 2018, which means that fully one third of the murders that occurred in Venezuela that year were the responsibility of the security forces of the government. Moreover, as Ávila mentions in a report he prepared for PROVEA, and citing PROVEA, the majority of those killed by security forces were killed in cold-blooded summary executions.

These facts should raise questions for anyone still supporting the Venezuelan government of Nicolas Maduro. Those on the Left who were so outraged by the violence carried out by right-wing governments in Latin America during the Cold War and who today demand that Eliot Abrams be brought to justice, need to demonstrate an equivalent concern for the Venezuelan people, and outrage at the actions of the major source of violence and death in the country: the Bolivarian government.

But perhaps this is too much to ask of the majority of the socialist Left, steeped in a long tradition of denial and fascination with communist dictators like Lenin, Stalin, Mao and Castro. Perhaps Leszek Kolakowski was right when he wrote that the “one Great Cause that has persisted more or less intact throughout the past decades in the Leftist mentality [was] the loathing of democratic countries. Allegiances changed, but if there was something enduring in Leftist politics, it was this: in any conflict between a tyrannical and democratic country, the tyrants were right, and democracy wrong.”

Venezuela law professor and human rights activist Keymer Ávila echoed and updated Kolakowski’s critique when he wrote: “the orthodox Left hasn’t gotten beyond Cold War logic in appealing to automatic solidarity. They possess a negative, justifying and propagandistic and very damaging logic that delegitimizes them. This increasingly minoritarian sector [of the Left], when they don’t come out to justify, legitimize or relativize what’s happening in Venezuela, simply remains silent or looks away.” And recall that John Stuart Mill said that “Bad men need nothing more to compass their ends, than that good men should look on and do nothing.”

The real enemies of the Venezuelan people–the REAL flesh and blood people, not the abstract Leninist concept— are not those old Cold Warriors working to bring about a new government in Venezuela today: it’s those on the Left who remain silent while millions of Venezuelans suffer from malnutrition, are driven into exile or murdered by government death squads. It’s those doing “solidarity” enabling the Bolivarian government who are the real enemies of Venezuela.

[i] I dedicated chapter eleven of my memoir to examining the responsibility of those guerrilla forces for the escalation of violence in those years.