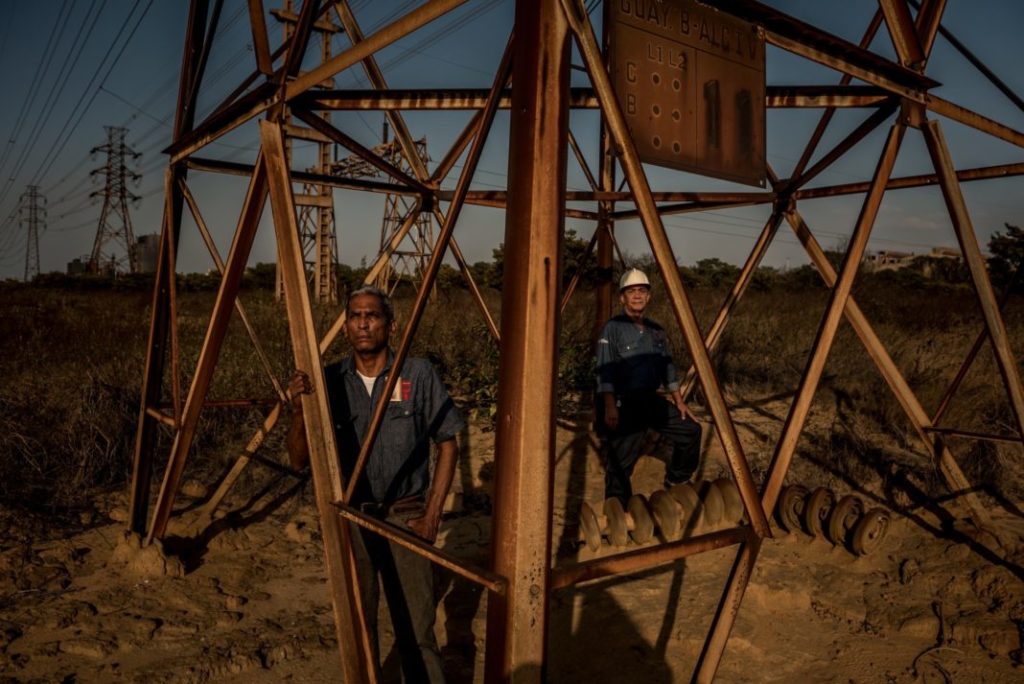 My post was “Editor’s Pick” at Caracas Chronicles this week. Thanks. Go figure. I spend hours on some articles that no one seems to notice, and other posts, like this one, take about an hour out of a morning. I clearly don’t understand the secret to “success.” If I did, I might have the misfortune of making a career out of writing. But thank God no; I remain a devoted amateur — remember, that word means “lover” as in, “lover of writing.” I do this for love. But a little recognition every once in a while, that is, a little love coming back, always is welcome. Oh yes, and a little note. I’ve inserted links here that were missing in the Caracas Chronicles piece.

Some people can’t imagine digging under rock bottom, but Nicolás Maduro has discovered bottoms under bottoms, and even under rock bottom there may be soft soil to dig if you try hard enough.

Since 2013, when I read Damian Prat’s stunning exposé of the chavista destruction of Venezuela, Guayana: El Milagro al Revés, for me the canary in the deep, dark coal mine hollowing out the country was SIDOR, the renowned steel plant flagship of the entire “Basic Industries” region of Guayana, in the state of Bolívar. Those industries, initiated by Venezuela’s first president after the Democratic Revolution of 1958, the social democratic Rómulo Betancourt, were an early attempt to diversify the petro-state economy.

Like many countries implementing import-substitution-industrialization (ISI), the model failed. In the case of Venezuela, it was a long-time-coming lesson, since most presidents could continue the illusion of development with ISI policies by funding failing state industries with oil money. But if previous presidents managed to make these industries independent and productive, even with occasional injections of petrodollars, Chávez took it a step further: he re-nationalized the industries and put them under control of his generals. Predictably, productivity began to tank.

SIDOR tells the whole story. In 2008, when Chávez renationalized the company, it had just hit its zenith in production: 4.3 million metric tons of steel. The precipitous decline is evident in this graph:

Now the steel production report from SIDOR for 2019 has come out. A big fat zero. Nada. Not so much as a nail, though a sister company evidently managed to produce a few low-grade iron pellets. So much for the dream of diversification of the economy that everyone, including Chávez, talked about for the past 60 or so years. You know, “sowing the oil.”

In the past two decades (21 years, to be precise), Venezuela has gone from being a petro-state that was somewhat self-sufficient in the basics—it could, for example, produce most of its own rebar, aluminum, concrete and other materials for construction—to a petro-state that no longer produces anything, including petro itself, unless you’re talking about the scam currency that’s even more dubious than worthless bolivars. Worthless as they are scarce.

But speaking of money, it appears that Venezuela is now running out of the real thing—that is, not the worthless stuff that even four years ago cost more than it was worth to print. No, we’re talking cold, hard cash, as in “American dollars”.  According to a Bloomberg report, cash and liquid assets held by Venezuela’s Central Bank are now under $1 billion, and it’s having difficulty accessing and selling its 73 tons of gold.

The chavista program has succeeded, then, in diversifying the economy: for the first time, there’s an industry bringing in more dollars than oil. There’s remittances, the money that five million Venezuelan exiles are sending home to their families still in the country, $2.5 million dollars a year; there’s the money Venezuelans who work in Colombia bring in, as well as money laundering and other illicit activities, resulting in a “natural dollarization” of the Venezuelan economy—and the petro will go the way of the bolivar, which is that of “inflation and devaluation” because you can create a new currency and call it what you like, but without trust in the monetary authority (viz., the government), it’s all for naught.

But while Maduro may not be particularly smart, he’s cunning and crafty. After all, he has managed to stay in power far longer than anyone imagined back in April 2013. His recent coup against the National Assembly may very well have been a way of bringing Russian and Chinese capital in, to revive the oil industry, since the National Assembly “is the only government body legally able to approve oil-licensing deals.”

So, for now, Venezuelans more likely than not will have to look to the only going

The Sanctions? Meh. But the workers on hunger strike…