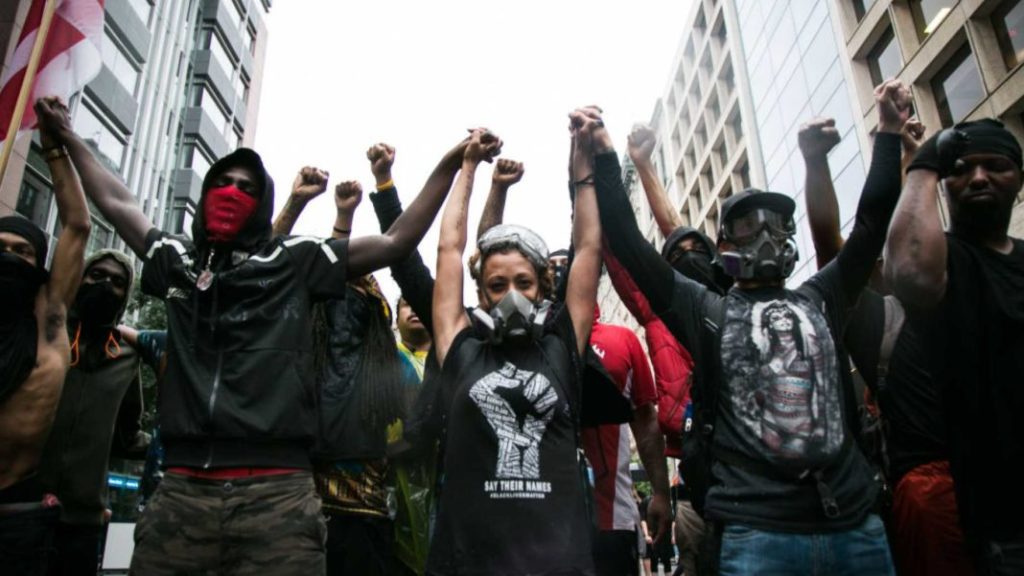 I’m writing these reflections after publishing “Fascism: The Left Project that Keeps Giving at Caracas Chronicles. This is a longer post below, wherein I develop some ideas that I only touched on in the CCs piece.

Someone asked me recently why I’m always attacking or criticizing leftists. They mentioned that there was plenty on the right to criticize, especially in the administration of Donald Trump.

They’re right. I could spend my days like many liberal and left pundits talking about how stupid, arrogant, morally and intellectually bankrupt Trump and his followers are. But you and I already know that, don’t we? Why give even more attention to a narcissist whose only goal in life is to get attention? What purpose does that serve? As I see it, Donald Trump and those who advocate for his ideas don’t merit our attention as people who want to seriously consider the problems of the world and attempt to find solutions. Trump is a one-man low-class stage act not worth wasting time on.

So enough said about him.

On the Right, however, there are a number of people who have shown moral backbone and come out to criticize the Trump Show. To name a few: David Frum, David Brooks, George Will, Jennifer Rubin and many others who have shown intelligence, courage and good faith as they’ve broken with fellow conservatives by criticizing the immoral and authoritarian drift in their movement. They — and the work of Jonathan Haidt, particularly his books, “The Righteous Mind” and “The Coddling of the American Mind” — have inspired me to investigate the roots of conservatism. They would be worth arguing with: after all, these conservatives actually have arguments, and we would benefit from hearing them.

But I’m not a Right winger. I still identify with the liberal or social movement left, even if my community is far broader than it was before, such that I consider among my friends and comrades dissident libertarians and “Never Trump” conservatives, liberals of all types, moderate leftists and a sprinkling of unidentifiable “others.”

So because I am of the left, it’s only natural that I would address myself to those I consider part of my community. And my community is overdue for some serious self-criticism. The very fact that our local community radio station, KPFA here in Berkeley, would be sponsoring an event with Dan Kovalik titled “The Plot to Overthrow Venezuela: How the US is Orchestrating a Coup for Oil” only shows how mired much of the Berkeley Left has become in the dogmatic stupidity of neo-Stalinism.

Another way to say it is that the Left has become very right wing just as the Republicans have adopted Leninist tactics in rallying around the Trump regime. Those Leninist tactics are familiar to anyone who’s been around the left for a while: sowing chaos to take power and then, once in power, to consolidate it by eliminating enemies, imposing rigid discipline under the command of the leader, and pursuing an utterly amoral course to protect power since the only objective in taking power is to maintain it.

My, how the Right has come to look like the worst of the Left; and how the Left has come to degenerate even further into a parody of its worst self. That is why I wrote the piece against antifa for Caracas Chronicles, because the anarchist left, or a great part of it, is stuck in its own morass.

I wrote the following piece a while back and had nowhere to send it because left wing websites, I’ve come to discover, are loath to hear any criticism, even of the most constructive kind. I think it works as background to the Caracas Chronicles piece mentioned in the lede.

The Left and Right in Venezuela

The Real Left these days, somehow looks to a lot of people, very right wing, especially if you consider Venezuela. Somehow the autocrats in power, the “Bolivarians,” have managed to define themselves to the world as “Left” wing so, de facto, those who oppose them are “Right” wing, right? Wrong. Maybe we should revisit these terms as their origins tell us a lot about what they mean, even if that meaning changes over time. Let’s start by taking a few leaps and bounds through history, since that’s all we can do in a few hundred words.

“Left” and “Right” were defined in the National Assembly (NA) of France during the Revolution when those aristocrats and others supporting the King and all he represented (hierarchy, rule by decree, divine right, etc.) sat to the right of the president of the NA, while those who represented the common people and all that represented (democracy, rule of law, emergent liberalism with its rights and freedoms, Enlightenment thinking, etc.) sat to the left.

Of course, it didn’t take long for dramatic changes and reversals to take place with the Reign of Terror when the radical Left (Jacobins) became every bit as autocratic, intolerant and even more bloodthirsty than the king in imposing its “revolutionary terror,” rule by decree, through its conviction that Reason had given it the “divine” right to rule. Just a little over a century later, Lenin, who took the French Revolution as a model for his own project, only complained that the Terror hadn’t lasted long enough, nor had the Jacobins gone far enough, problems he promptly remediated in the Russian case.

Throughout the intervening and fertile 19th century radicals of all stripes—anarchists, socialists, communists, liberals, conservatives—crossed paths and cross-bred, multiplying, diversifying and very much confusing every previous political distinction. Both Liberal capitalists and socialist-communists had their “Right” and “Left” wings, but gradually what constituted “Left” and “Right” changed. Liberal capitalists advocated for the “bottom-up” forms of organization represented by market economies, but as industrial capitalism developed, a wealthy elite  began to direct markets from above as they took over the power of states to rule in their interests. Socialists, anarchists and communists all began in reaction to this Liberal order and advocated for more collectivist forms of social organization.

But differences emerged early on as these radicals considered how to bring about that collectivist society. To the Right, would be the Jacobins and their descendants advocating for the right of an autocrat to rule by decree and direct a “vanguard” hierarchy who, as Alain Besançon put it, “took as their aim the recasting of ther social body, according to the natural order.” This current followed in the direction set out by a whole group of French Enlightenment philosophers who advocated for what J.L. Talmon called “totalitarian Messianic Democracy.” In the 19th century these philosophers and those emerging from the Jacobins made up what Besançon called the “French Cycle” of the philosophy advocated by an “iron willed” leader for the dominance of a “vanguard” party in the remaking of humanity, though it would also have to go through a German cycle (Hegel and Marx) and a Russian cycle (Russian populists and Lenin) before it became “Leninism” proper.

On the left side of the “Left” were an assortment of anarchists, as well as social liberals, liberal socialists, democratic socialists and social democrats. Into the 20th century after the Russian Revolution made Marxism-Leninism the supreme doctrine of the “Left,” these other tendencies were either annihilated by Lenin and Stalin or, in the West, merged with  the larger Liberal  current in politics or else were simply “disappeared” from public view. Only one other tendency had a brief, but dramatic life in the 20th century, that spawn of Marxism and other anti-liberal currents, and twin to Leninism, known as “fascism.”  Thus,  by mid-20th century after fascism had been defeated the second bloody world war, what remained were the two imperial powers locked in a “Cold War” between a presumed “Left” communist East and “Right” capitalist West.

And then came the “Bolivarian Revolution.” Is it fascism or is it socialism? Certainly Chávez’s close association with the Argentinian fascist, Norberto Ceresole, helped define the direction of the project early on, especially the ideas of the great “Caudillo” leading a “civic-military” alliance in a project of social transformation. The links between fascism, socialism and communism have been explored in-depth by A. James Gregor and his conclusions are interesting: Mussolini, he argues, was ultimately a far more consistent Marxist than Lenin, who hoped to build up Italy’s capital so it could move toward socialism, while the latter believed that Russia could “skip” historical stages of growth and move from feudalism into socialism. That’s like, uh, thinking you could move from rentier capitalism right into socialism—and we all know that doesn’t work.

All this might appear to be mere academic points, especially as we consider the recent turns of the Bolivarian government. Does the present repression look more “fascist”? Or “socialist”? Or “communist”? Are the ongoing military trials of protesters more characteristic of fascist or communist regimes? Is the Bolivarian elite best characterized as “Left” or “Right”? “Fascist” or “communist”? “Socialist” or “populist”?

I’m sure all of this will be debated by academics discussing Venezuela for years to come, but what’s clear is that the Bolivarian movement at this juncture represents an authoritarian, autocratic, anti-democratic petro-narco-mafia elite interested in ideology only as a fig leaf to cover its festering corruption. Fighting them is a very diverse opposition that is united at the moment to defend a constitutional order, free, democratic elections, a return to rule of law, respect for human rights and the will of the majority, the rebuilding of liberal democratic institutions and a functional economy. The question isn’t which side is “Right” and which is “Left,” but in Venezuela where the Bolivarian elite has declared war on the Venezuelan people, which side to take?